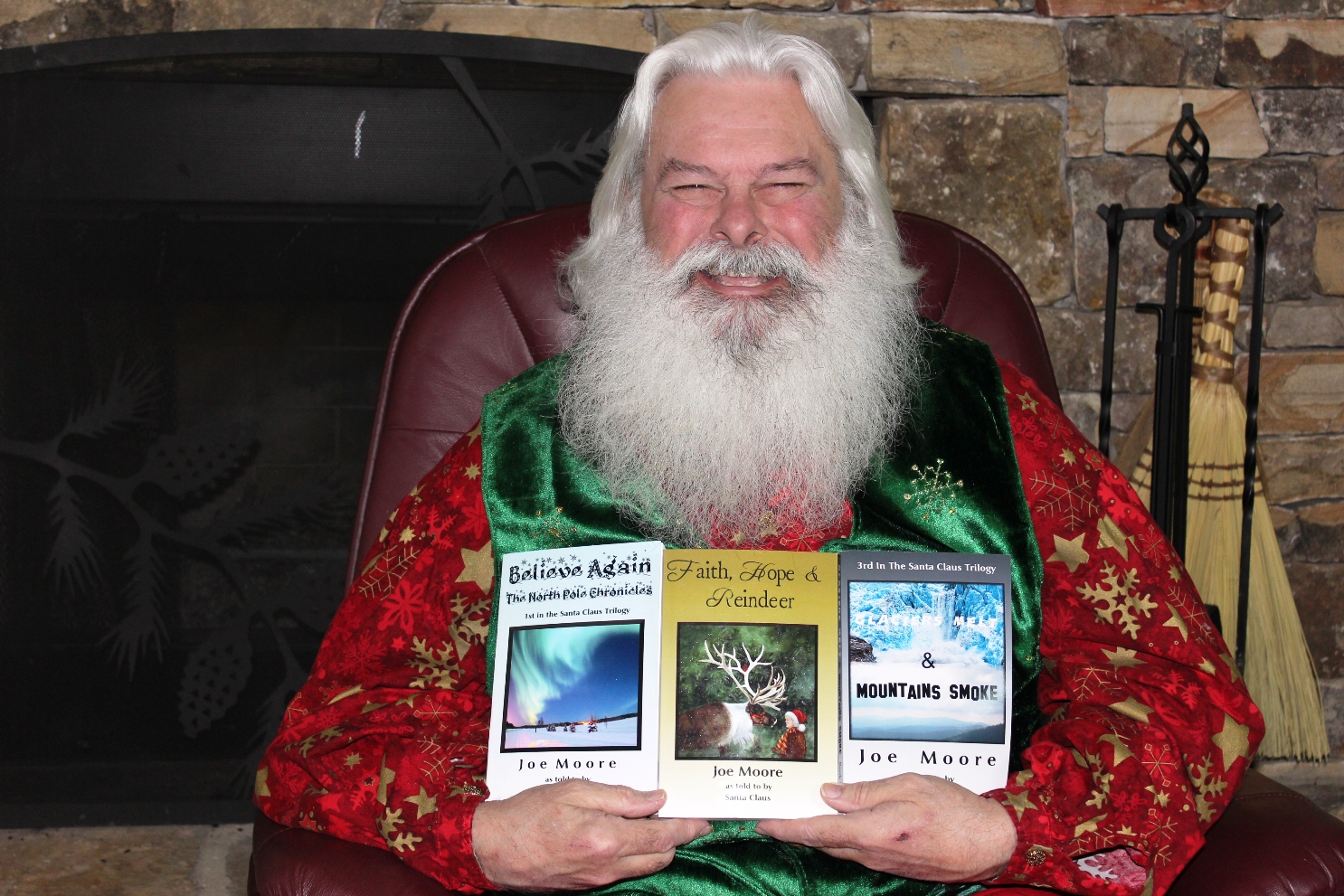 Santa is also the author of multiple children's stories with the first two debuting this fall. Jamie Hardrock, Chief Mining Elf has been released September 1st, and Shelley Wrapitup, Master Design Elf is soon to follow.

As a Santa Claus, Moore has appeared on countless news programs, such as Good Morning America, Fox News, ABC News and in several newspapers, including USA Today along with U.S. and international radio stations. He also appeared on Disney Surfers, Nickelodeon, in numerous parades, and is seen on several other programs including a special on Santa & Mrs. Claus. He has worked in a mall, at daycare centers, visited countless homes and corporations, helped train hundred of helpers and spread his goodwill and joy with his Mrs. Claus everywhere they travel.

Santa loves and is concerned about ALL children and wants parents to be able to spur their children's imagination and sense of wonder. He and his wife, Mary Claus, open their hearts and arms to children throughout the world. They are trained for special needs children and have brought numerous tears of joy to parents who did not think a visit with Santa could be accomplished.

Moore hopes you will view this website and allow your children to feel the wonder of this Jolly Old Elf. He hopes you will also send him ideas suggestions, questions and recommendations on any topic regarding the North Pole you would like to know more about.

And remember, whether or not you believe in Santa, he always believes in you...and your children!